A Brief History of the 1833 Old State Bank

Through nearly 200 years of often turbulent history, the Old State Bank has survived as a proud monument to Decatur’s past and the development of banking in Alabama. Built in 1833 to house the Tennessee Valley branch of the state bank, the bank was chartered as a branch of the Bank of the State of Alabama at Decatur, and is now known by its common name as the “Old State Bank.” The building is important not only for its rich history associated with its diverse use, but also for its contribution to the architectural history and landscape of Alabama.

The decision to locate a branch of the state bank in Decatur was one of the first events in the town’s early history to lift Decatur from relative obscurity and give it a special role in the state. Several previous attempts to institute a state banking system had failed, but the legislature would again pass a bill in 1830 to establish a state bank. Branch bank locations were established in Mobile, Montgomery and Decatur; with the Decatur bank opening on July 29, 1833. The main branch was established in Tuscaloosa. The Decatur bank reported a profit of $84,028.22 in its first year of operation. A spirit of optimism surrounded the banks and is evidenced by the legislature’s decision to run the state government from the bank profits and abolish direct taxation. Unfortunately, the good times were short-lived, as a nationwide depression in 1837 and other factors contributed to the decline of the state banks. Despite attempts to improve and reform and improve the state banks, the Decatur bank franchise was revoked by 1842. Though the banking experience ended in failure, it showed the importance of banks in a developing state economy, and the need for a safe and stable bank system. On a local basis, the bank would serve as a catalyst for Decatur’s transition from “frontier village” to “town.”

The Old State Bank makes a significant contribution to the architectural landscape and the evolution of style in Alabama. When Decatur was chosen as a branch bank location, the elected directors wanted to construct a building that would be as impressive and solid-looking as they hoped their newly created state bank system would prove. A building incorporating transitional elements of the Federal and Greek revival styles was built in less than a year and for under ten thousand dollars. The building was also designed to serve as both a business and a residence. The location of a residence within the bank was a result of the controversy over the selection of Decatur as the Tennessee Valley bank site. Rival towns in north Alabama pointed to the town’s comparatively small population and limited business development as reasons not to locate a bank in Decatur. The criticism voiced against the Decatur bank was checked by a requirement which provided for a second floor cashier’s apartment to enhance the building’s safety and security. The resulting building influenced the style of architecture built in Alabama until the outbreak of the Civil War.

After the bank failed, the building saw diverse use. During the Civil War, the Old State Bank served as a Union army hospital, and was one of only four buildings to survive the town’s destruction during the war. Scar marks on the bank’s columns bear witness to the skirmishes fought nearby. From c.1881-c.1902, the First National Bank of Decatur occupied the space and helped to finance the town’s regrowth in the aftermath of the war. In the twentieth century, the bank was used as a boardinghouse where a quarter could buy a meal and a bed. In the 1930s, the building was renovated as a WPA project as a civic meeting space. The building was later donated to and used by the American Legion. In the 1960s, Decatur began to grow away from the traditional heart of the downtown, and the Old State Bank entered a period of decline. Concerned citizens voiced the need to preserve the structure, and in the mid-1970s, the American Legion donated the building to the City of Decatur. The building was restored in the late 1970s and early 1980s as a historic museum interpreting the building’s use in the 1830s as a bank and cashier’s apartment.

Unique features of the Old Bank include a first floor banking lobby complete with the original walk-in vault and a replica of the teller’s cages. The second floor apartment area is furnished with antiques from the 1830s, and gives a glimpse into life in the early Tennessee Valley. The Old State Bank is located in the quaint Bank Street shopping district, serves as the boundary for the historic Old Decatur residential neighborhood, and is easily accessible to the Tennessee River. The Old State Bank is listed on the National Register of Historic Places.

As Alabama’s oldest standing bank building, the Old State Bank preserves an important part of local and state history. It is a symbol of ambition and the will to prosper in the city of Decatur. 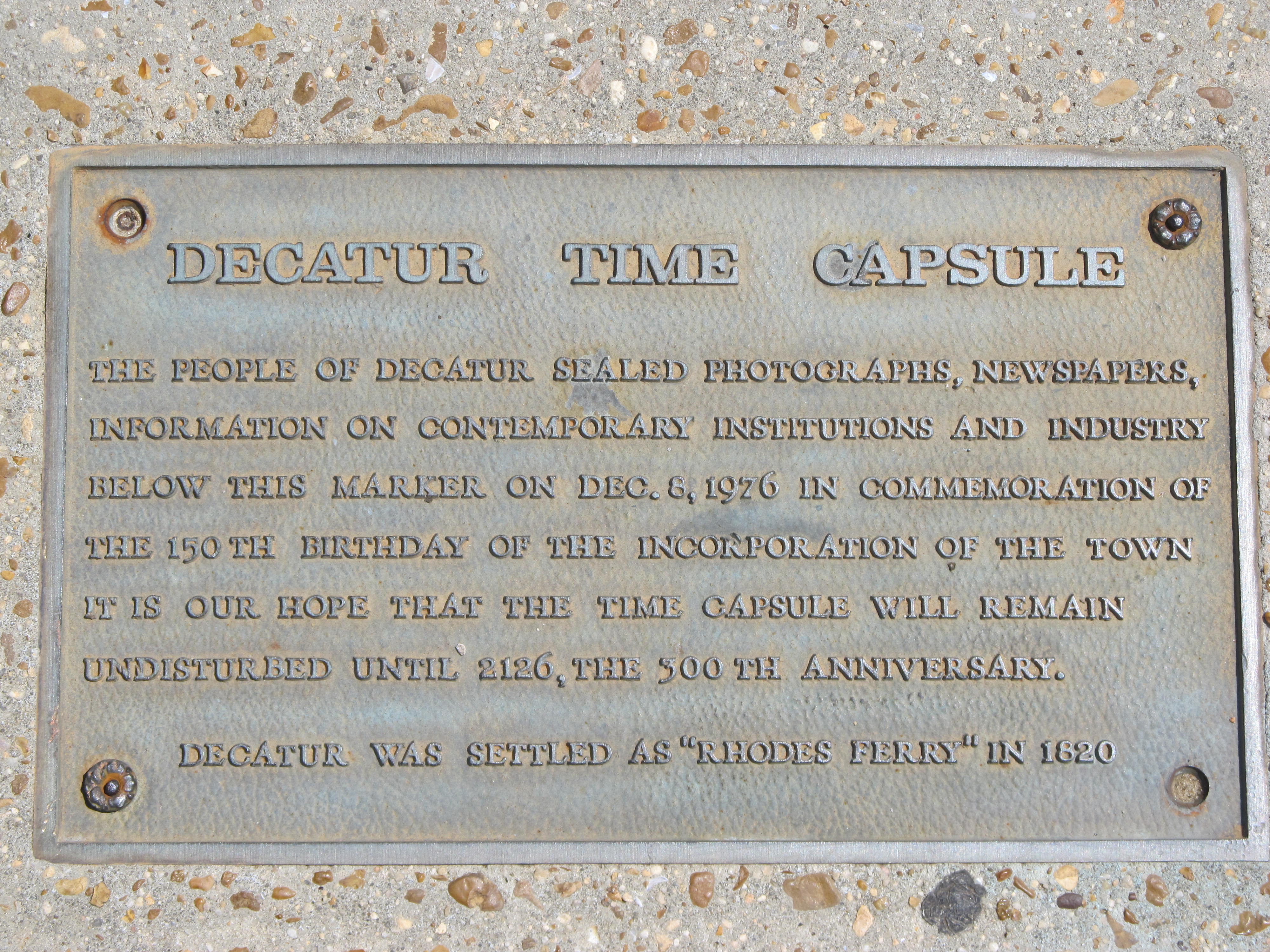 • Located thirty feet from the front of the Old State Bank •