A series of economic programs were enacted between 1933 and 1936 during the first term of President Franklin Delano Roosevelt.  These programs, in response to the effects of the Great Depression, focused on relief, recovery and reform and came to be known as the New Deal.
This New Deal reached into north Alabama with a major influence being the development of a large tract of land set aside for parks and recreation, eventually to be named in honor of the President:  Delano Park. 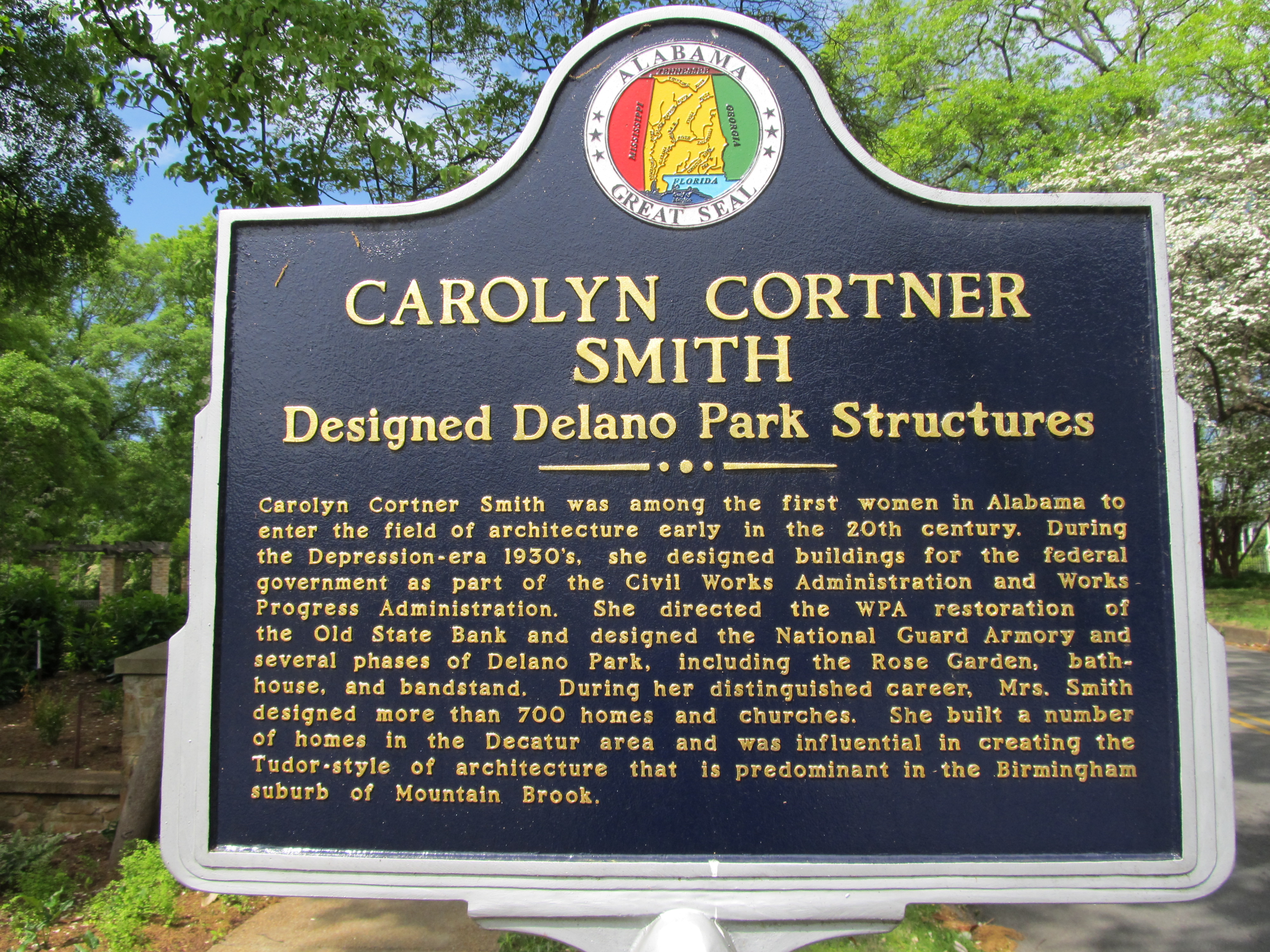 The Decatur Armory was constructed during this time near the western end of the Park.  It was designed by Carolyn Cortner Smith, Alabama’s first licensed female architect.  It was utilized for several decades, but soon became too small for the Armory’s needs.  When the new Armory was constructed and occupied, the original Armory was vacant for a few years while community leaders tried to decide on its future use.  The need for extensive renovations was a hindrance to area groups purchasing the building.  But the major drawback was the fact that the old armory was constructed on Delano Park property which limited its use to the original purposes of the land dedicated during the 1930s.
Finally, in February of 1976, preliminary renovations began and work ramped up that April. The project saw more than $450,000 spent in federal community development funds spent on the renovation of the 30,000 square foot facility. Despite some objections, the center was named after Commodore Stephen Decatur, the namesake of the city. Fort Decatur was dedicated on May 16, 1977 and formally opened to the public on May 22, 1977.